What fun! We used the Whip graft. The instructor has authored a book (not yet published) that researches heirloom apples and he has gotten permission to use 2500 water color depictions from the USDA archives. He said that often these watercolors are the only record of some of the heirlooms that we have lost. I'll keep my eye out for that for sure!

We had three scions to chose from. Gala (a good eating choice), Hornberger Pancake (cooking) and Summer Pearmain (eating and cooking). Dan said that all 3 should be self-pollinating.

My friend Mimi went with me. She doesn't have any space or desire for apple trees, so she gave me hers. So I have six trees (2 of each variety). I was instructed to keep them in the refrigerator for one month and then plant in the garden for one year to baby them. Next year we can move them to their permanent location. This works great - since Bill and I haven't quite decided where to place the orchard at the farm. 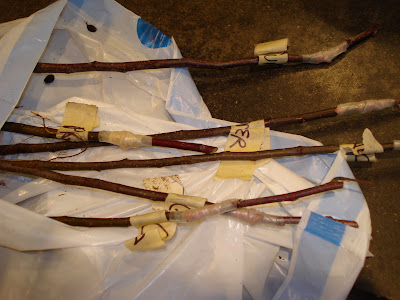 After we grafted, we took a walk around the farm.
There were four Milking Devon Cattle steers. 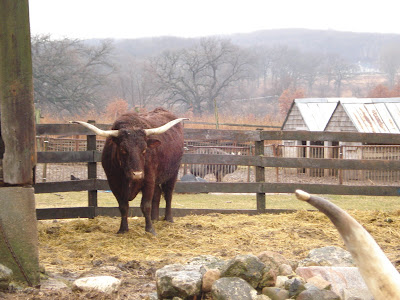 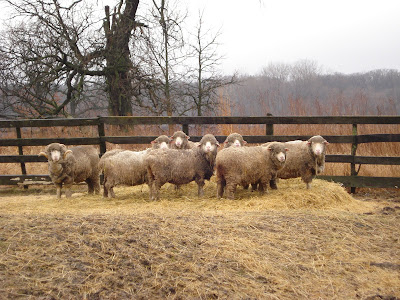 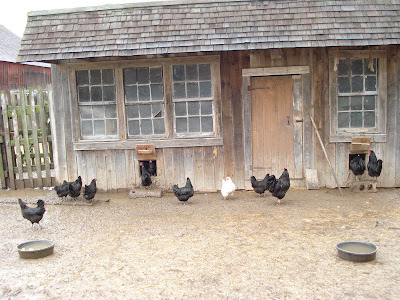 Garfield Farm is working to restore a 370 acre, former 1840s Illinois prairie farmstead and teamster inn as an 1840s working farm and inn museum. To say that it is cool is an understatement!
And, the best part was that I got a farm fix! Its been almost 5 weeks since we've been to our farm in Wisc! Luckily we are going this weekend.
Posted by angie at 5:55 PM

Great pics of Garfield Farm. We have lived close by for all out lives & have never been there. Seems like we are at the farm when there is something good going on. I would have been there this weekend had I known about the grafting class. We missed it last year. We have 25 trees to graft this year. Have fun at the farm this coming weekend!
Barb

I had a feeling that you lived somewhat near Garfield Farm. I highly recommend it.

How cool! On family vacations my parents always took us to museum/living history places. It wasn't until adulthood that I realized that snuck learning into our summer vacations - sneaky.

It paid off though. I love history and was a historical reenactor for 8 years. Those experiences greened my lifestyle before being green was cool.

Thanks for stopping by. That is a great way of making learning fun!