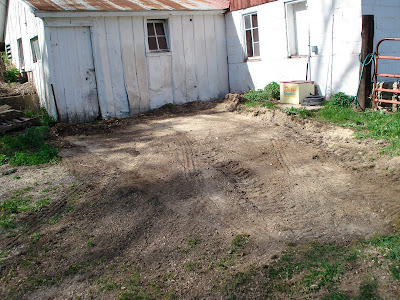 On Saturday morning, we finished the grading in front of the barn entrance. It turned out to be mostly gravel under the soil, so I added some compost to the area where I want to put Hollyhocks. I also planted some chive transplants. I love chives for their early greenery and their buds/flowers. Oh, and I like to eat them too.

During the afternoon, we drove to Richland Center to visit a worm farm. We met the Urban Worm Girls there and visited their current worm supplier. We learned a lot and met a really nice worm farmer too. 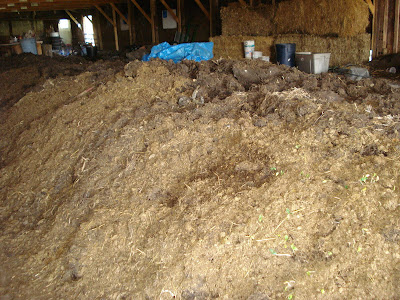 This farmer raises his worms in manure from the farm, which I was glad to learn. (We ran into a worm farmer at MOSES who raised his worms in peat; that is just plain wrong in my opinion. Using a non-renewable resource to raise worms - after all, worms eat just about anything!) Anyway, on this farm, long manure beds in a machine shed are filled with worms. During the winter, they will cover additional manure and compost and during especially cold stretches, cover with a tarp, but otherwise the worms are in the open machine shed.

This was their worm separator. This is a repurposed seed cleaner. 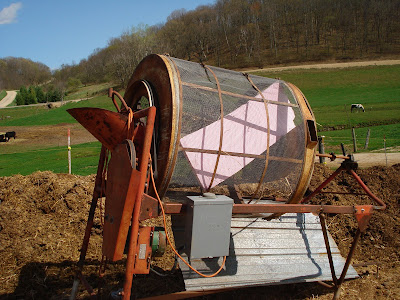 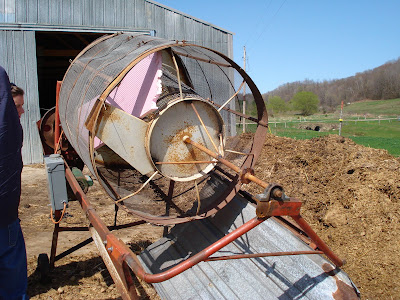 Labels: work at the farm, worms