Skip this post if you don't want to see photos of hog butchering.

I went to my new friend Anna's house last night to watch her butcher a hog. She buys a pasture raised Berkshire hog from a small farm near where my grandma lives (western IL - and where we bought the plow). She went to pick it up from the processor yesterday and drove it back to Chicago. I went over last night after work to help her cut the two sides into primals. I learned a lot about cooking the different cuts.

First we prepared her workspace. Having a towel to set the knives on keeps them all in one place - especially since we were both in flipflops. We also wiped down the surfaces with bleach water. 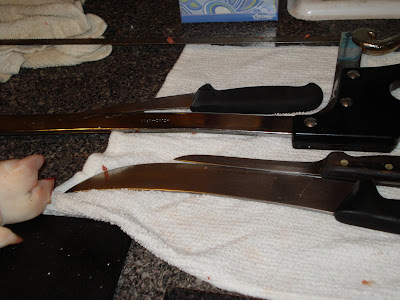 This is one of the full halves. It is big and heavy. It took two of us to carry it in from her car. Note the tail on the lower left. 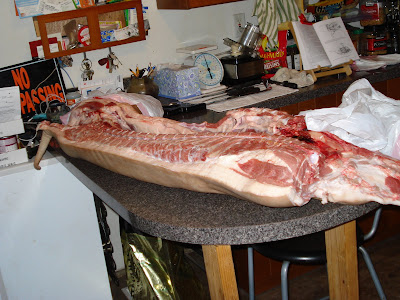 Look at the fat underneath the skin! Anna gets her hogs with the skin on. She likes it for additional flavoring for smoking and cooking. 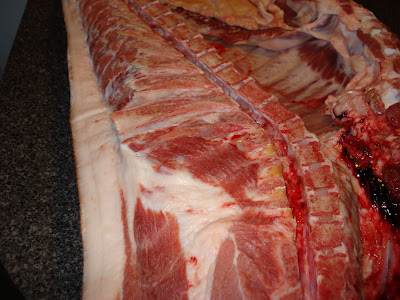 This shows the kidney and the white area underneath the kidney (to the left) is the lard. Anna renders her own lard. I asked if it smells bad (which is what I have read) she disagreed and said that it is fine. She soaks the kidneys in milk overnight and was going to have fried kidney today for lunch. Soaking in milk negates the urea. 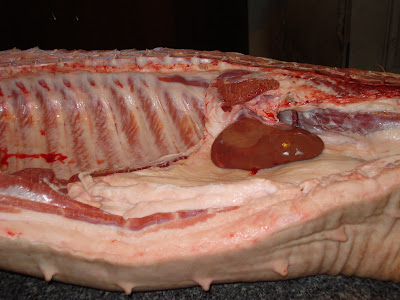 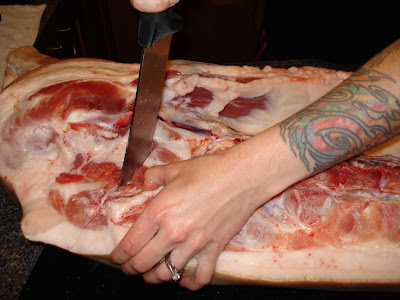 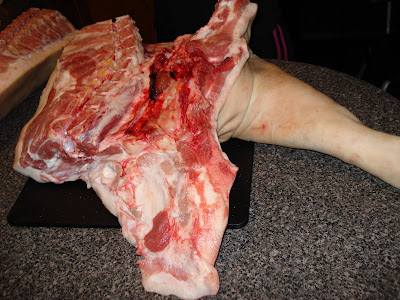 This is a close up of the kidney. 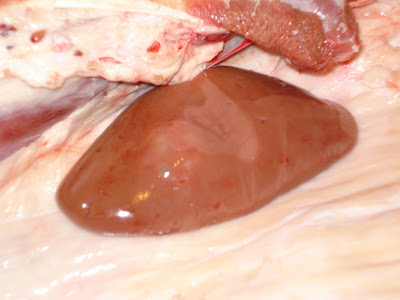 The head. In years past, she hasn't always gotten the head. She cut out the tongue and is going pickle it. She is thinking about head cheese this year. 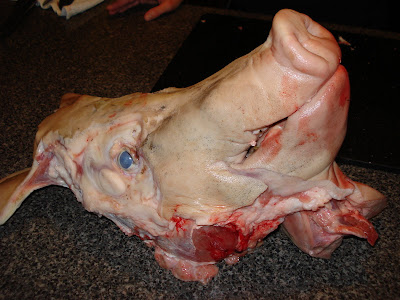 She bakes the feet, then splits them open, stuffs them with stuffing and continues additional baking. 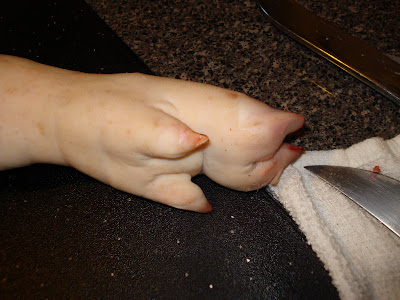 This took the intimidation factor out of it for me. Overall, if you have a good knife, a strong stomach and a book you can figure your way around butchering. It was a great experience. I learned a ton! 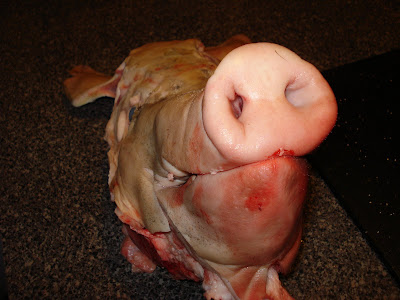 HOLY MACKEREL! Here I was impressed with myself when I butchered my first chicken...